If you are looking for shock replacements on the market, you either have to get monotube or twin-tube shocks. Monotube vs. twin-tube is a comprehensive comparison, and the one that suits your car depends on several factors.

If you are having trouble deciding, you are not alone. Without thorough research and talking to someone, it can get hectic to find the difference between the two. More importantly, you can have a difficult time understanding why the differences matter.

In this article, I have written down all the information based on thorough research and practical knowledge of shock absorbers. If you read this by heart and as an enthusiast, you will know what to go for by the end. Let’s get right into it!

The Structural Differences Between Monotube and Twin Tube

However, simply seeing the differences cannot tell you what they stand for. So, let’s begin with a structural difference explanation that will answer all your questions about monotube vs. twin-tube.

As you can see in the diagram, the primary difference between monotube vs. twin-tube is the number of tubes used for the shock absorber.

A monotube shock absorber is made out of a single tube. This single tube houses all the significant components, including the gas, piston valve, oil, etc.

Apart from the main structural difference, monotube vs. twin-tube have other differences in construction as well. For instance, a monotube absorber completely separates the gas chamber from the oil chamber using a free piston.

Important Note: Most people think that the two-tube design of a twin-tube shock absorber makes it better than a monotube shock absorber. This is not the case at all. Both perform exceptionally well in the conditions they are made for.

More importantly, the performance also depends on the make and quality of the shock absorber.

Now that we know the structural differences between monotube vs. twin-tube, it is time to discuss their pros and cons. Let’s begin with the monotube:

Now let’s separately go through the pros and cons of a twin-tube shock absorber:

Getting familiar with the structural differences and pros and cons of each type was the first step. It is now time to understand in detail how each performs. Here are some of the most vital factors one should consider when getting new shock absorbers:

Ride quality is one of the first things people consider when deciding which type of shock to get. The shock’s ability to perform the main function of damping the effects of bumps and dips determines the ride quality. When it comes to monotube vs. twin-tube, they both accomplish this task quite differently.

As for twin-tube shocks, the difference in structure means they work differently as well. The duo chamber structure means there is a separate chamber for gas and oil. As the ride goes through bumps or dips, the shock comes under pressure.

This pressure causes the fluid to flow between the two chambers to generate the damping effect. As a result, twin-tube shock absorbers can take bumps quite efficiently.

However, one drawback of twin-tube shock absorbers is foaming. This can happen if the vehicle approaches the jolts on the road at high speeds. The heavy impact can cause the fluid and gas to mix, causing foaming. This can significantly bring down ride quality.

The next important factor you must consider when getting new shocks is responsiveness. It basically shows how quick and efficient the shock is at adjusting to the road conditions. The ideal shock must keep the suspension stiff on rough surfaces and gentle when the vehicle is on smooth road surfaces.

As a result, monotube shocks are able to equally distribute the pressure throughout the shock. In this way, no particular area has to experience excessive stress. More importantly, the larger circumference of monotube shocks allows them to spread the load, even more, enhancing responsiveness.

The monotube shock absorbers’ single unit design allows it to perform better when it comes to responsiveness. This is one of the major reasons why many people switch to monotube from twin tubes.

The more stable the damping force, the higher the quality of the ride. Excellence damping force stability also reflects great responsiveness of the shock. Damping stability is achieved when the pressure on the shock is evenly distributed throughout the shock.

As discussed above, monotube shocks are able to do this distribution better than their twin tube counterparts. Taking this into light, let’s see how monotube surpasses twin-tube in this realm as well:

Even in this scenario, monotube shocks are a better choice as their design and structure allow for an easier installation. The single-assembly shell design is home to all the important components and allows for a lot of flexibility. On the other hand, twin-tube shock absorbers can be a hassle to install. Even the slightest misalignment can lead to poorly performing shocks.

As a result of aeration, the shocks start to lose their damping abilities and perform poorly. The situation gets so bad that it leads to fading as well, especially after driving in rough terrain.

You will see that the newer twin-tube shock absorbers contain nitrogen instead of oxygen, which is more effective. However, monotube absorbers are still better in this case.

Last but not least, fading is another common problem that causes problems for the shocks as well as the whole suspension. Fading occurs when the constant pressure on shocks leads to depreciating performance. This is either caused by heat that expands the chamber or when the liquid develops air bubbles and leads to foaming.

Once again, twin-tube shocks are more prone to fading than monotubes. And this is not without reason. Instead, there are several reasons for this, which include:

On the other hand, monotube shocks have a larger piston surface area, bigger oil capacity, and separate chambers for oil and gas. All of these factors combined help the monotube absorber to lessen fading.

Monotube vs Twintube Shock Absorbers? Which One Is a Better Choice for My Car?

Having read everything above, you must be thinking that a monotube absolutely crushes a twin-tube shock in comparison. If you ask me, I would agree. However, there are some things that you must know before making this decision.

While a monotube shock does have a larger oil capacity, better heat dissipation, and more stability, all of this does come at a high cost. Is it actually worth the extra cost? Yes, definitely yes. But again, the main concern here is what you can make of the benefits that come with a monotube shock.

If you are someone who is always driving on straight streets with little to no bumpy rides, a twin-tube can do the job just fine. More importantly, it won’t cost you much either. However, if you are doing a lot of off-roading, a monotube can offer a better ride experience. It is not to say that there are no good twin-tube off-road shocks. There are, but monotube surpasses them in performance and everything else. 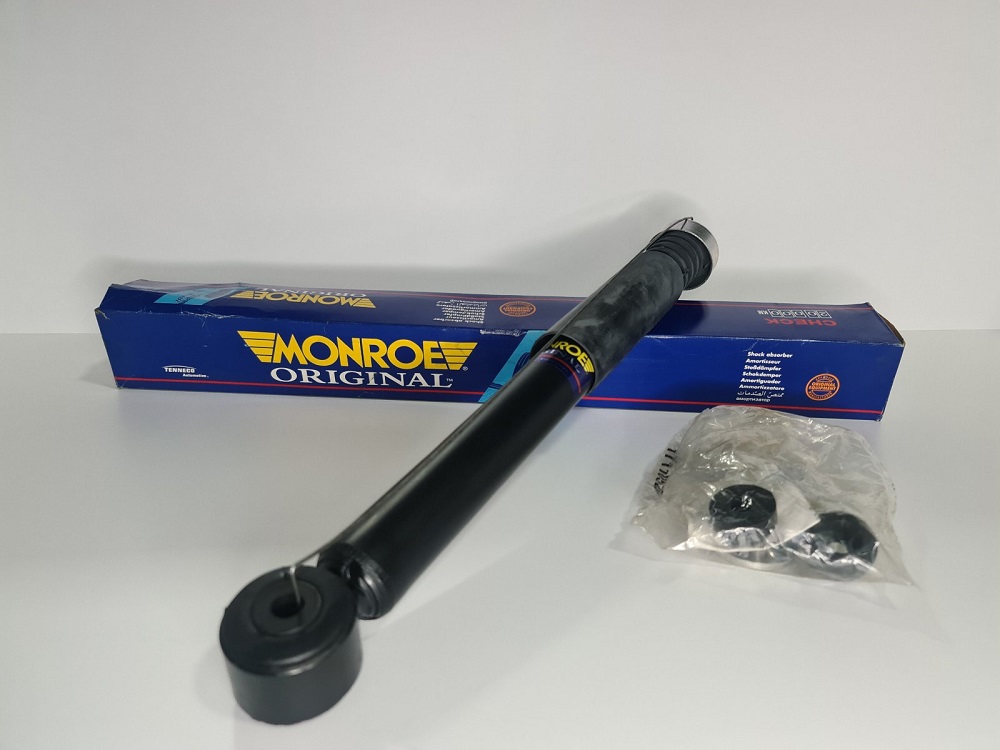 The purpose of a shock absorber is to absorb or lessen the compression and rebound of the springs and suspension. They regulate the undesirable and…