Have you noticed a change in fuel economy with your motorcycle? Are you worried that something’s wrong with how your bike uses fuel?

Not everyone knows how well their motorcycle uses fuel until they hit the road, and the same goes for yours. Well, fear not, because we are going to explore the ins and outs of your motorcycle running lean or rich.

If you want to make your motorcycle run correctly, then checking its fuel mixture is the first and most important step towards that.

What Is the Meaning of Rich or Lean Mixture?

In a lean mixture, there is more air than gasoline. The engine also doesn’t work as well as it could because it doesn’t have enough fuel. Also, the engine heats up faster because the gasoline isn’t evaporating fast enough.

This happens because there isn’t enough lubrication, so there is more friction inside the combustion chamber, which makes the engine more likely to seize up.

However, this way you save a lot of money on gas. For example, if you mostly just cruise at a steady speed, you can actually lean out your mixture to save gas.

Of course, in this case, torque is lowered, but there is also a threshold where you achieve better fuel economy while maintaining adequate torque.

The amount of air in a rich mixture is lower, and the amount of fuel is higher. Because of this, the engine has more power and torque.

But a rich mixture usually leads to incomplete combustion, which means that some fuel stays in the combustion chamber without being burned. So, you might see a cloud of smoke rising from the exhaust.

You can use calculations to determine the stoichiometric ratios of each fuel type you want to burn. For example, gasoline or pure octane, which we put in the tanks of our motorcycles, needs 14.7 parts air for every 1 part fuel to burn all the way.

At this point, we’d like to tell you about lambda, which is a symbol. Lambda is a way to figure out how rich or thin a mixture is. In a stoichiometric ratio, lambda is always 1.

The stoichiometric ratio for motorcycle fuel is 14.7 and = 1. If it’s 1, the engine is running on a rich mixture, and if it’s more than 1, it’s running on a lean mixture.

The Air/Fuel Ratio and Its Impact

Now that you understand the notion of the A/F ratio and how changing it can cause the engine to run on a rich or lean mixture, let’s look at the impacts of different air/fuel ratios on a motorcycle engine.

Your first thought is likely to be that you want to get a perfect score of 1. However, this isn’t the case. At the same time, brands known for creating powerful motorcycles keep their compression at a little less than 1, which allows them to obtain more power and torque at the expense of increased fuel consumption.

There are some brands that prefer to keep > 1, which means they burn less fuel and have a somewhat repressed engine, resulting in superior fuel economy.

How to Tell If the Motorcycle Engine Is Running Lean or Rich?

The Consequences of Running Your Motorcycle Too Lean

Motorcycles that are run lean may quickly overheat, potentially breaking internal engine elements such as pistons and the exhaust (nothing functions well when it’s too hot). A lean engine overheats for a variety of reasons.

According to the idea, combustion will burn hotter if there is too much air present. Fuel particles may also aid in temperature reduction by absorbing heat. When there isn’t enough fuel, the cooling effect is lost as well. Running lean is risky, unpleasant, and harmful.

The Consequences of Riding Your Motorcycle Too Rich

In contrast to a lean mixture, a rich mixture causes the temperature inside the combustion chamber to drop. This is because the extra fuel usually cools the whole chamber by absorbing too much heat. This method is used by most superbikes and hyperbikes, where torque is more important than mileage.

Is It Better to Run Rich or Lean on a Motorcycle?

Running a little leaner could save gas and give more power. But if you run too lean, the engine could break because it gets too hot.

Running rich wastes gas and makes more pollution, but it doesn’t hurt the engine. You want to run at a ratio of 14.7, which is the best.

If you have to pick between your motorcycle running lean or rich, you should choose rich. Although you will get poor gas mileage and aggravate the people behind you, you won’t do any harm to your motorcycle.

Causes & Fixes of a Motorcycle Running Rich or Lean

Most modern motorcycles have a bunch of sensors that tell the engine how much fuel to inject. If any of these sensors don’t work right, your motorcycle can run rich. There are O2 sensors, airflow sensors, temperature sensors, and so on.

Change out those broken sensors right away! They shouldn’t cost that much and can be put up in a short amount of time.

When dirty air filters get too full, they make it hard for air to move through them. This makes the mixture of air and fuel become rich. The same amount of fuel is injected, but a lot less air is put in.

Clean your air filter or get a new one. You could also use a performance air filter.

You can wash them and use them again and again, so you don’t have to buy new ones. Most ads for performance air filters say that they will improve performance, but don’t expect a big difference.

Motorcycle aficionados might also tune their bikes wrong or download the wrong configuration, which would make them run rich.

If you have made a backup, you can just tune them back to where they were. If not, you will need to download and install one of the other configurations.

You’re even better off if you have a custom flash tuner to work with. With these tuners, you can tune your motorcycle to do what you want. Getting rid of the rev limiter, making the throttle respond better, and so on.

Whether you’re going for a regular ride around town or speeding on the highway, your motorcycle needs to be using the right amount of fuel each time. Going over or under when it comes to its fuel mixture can cause inconveniences and, in some cases, even issues. 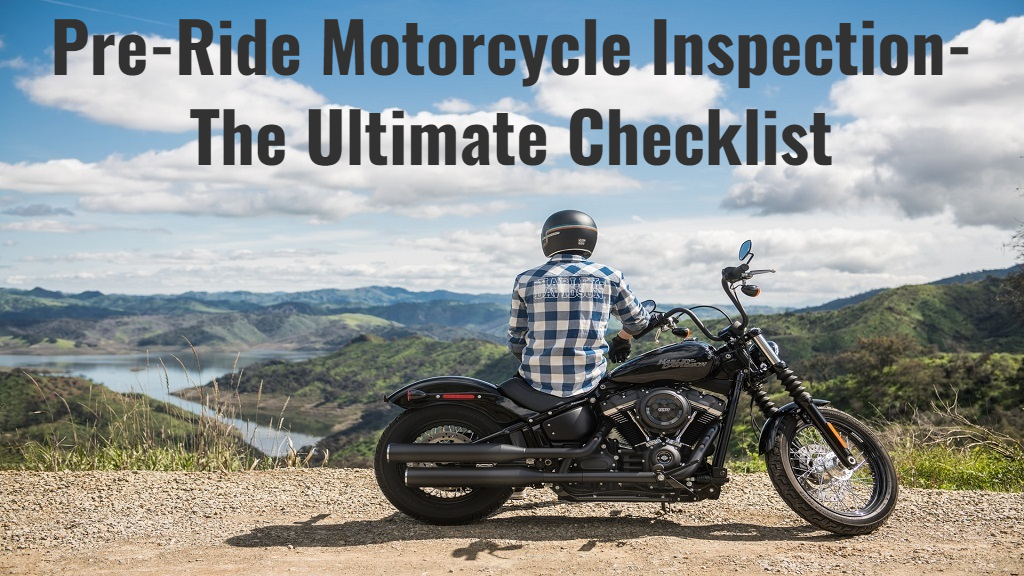 Learn about the importance of performing a pre-ride safety inspection on your motorcycle. This article will help you do just that. 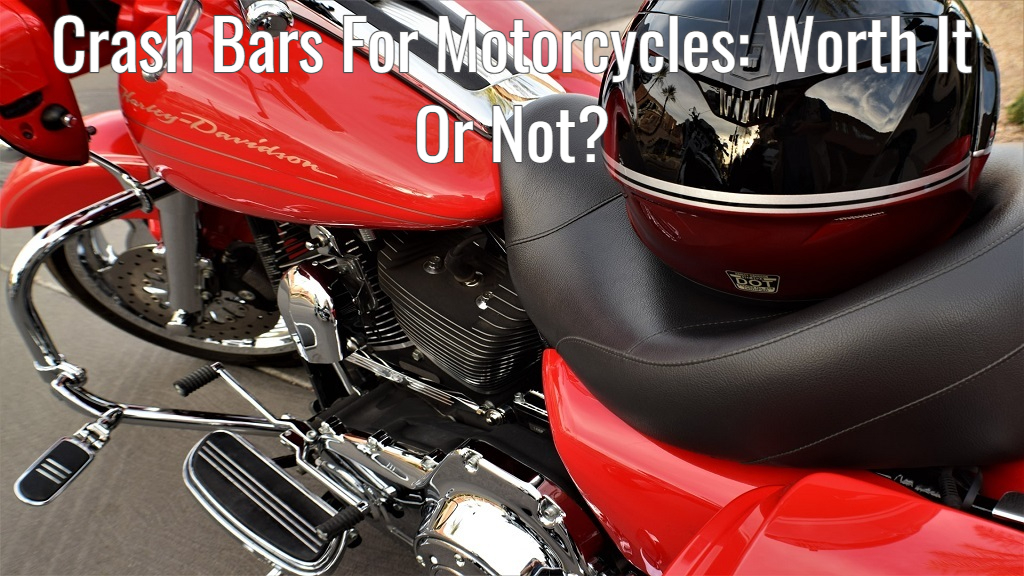 Motorcycle crash bars are designed to protect your motorcycle from impacts that could cause injury or damage. Are they worth it? 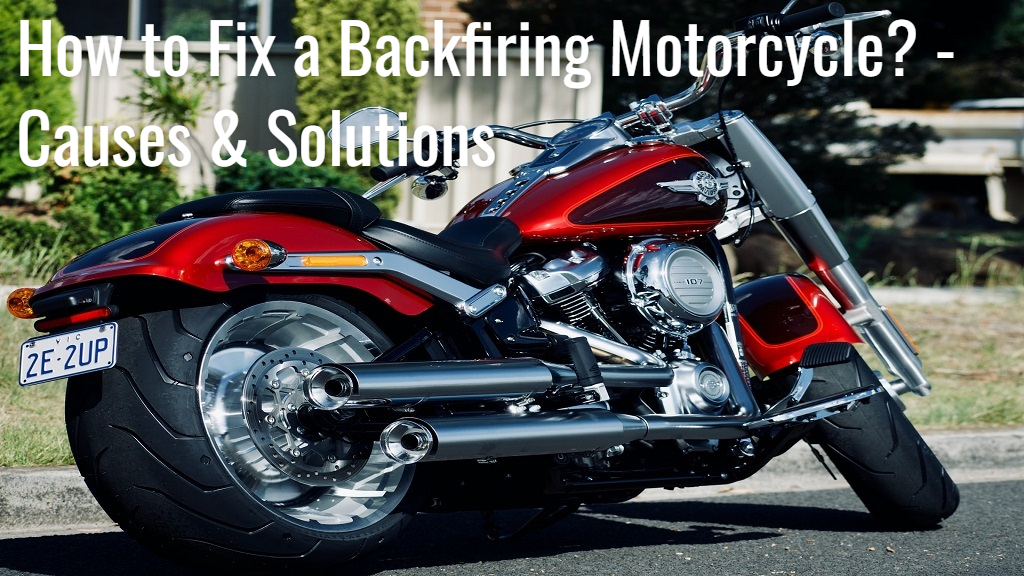 If your motorcycle backfires, and that irritates you to the point where you feel uncomfortable, don't worry. Read this article!