When it comes to auto mechanics, there’s a saying that goes, “If it ain’t broke, don’t fix it.”

But what if you face a problem such as a leaking strut? Would that be considered a problem that needs a repair or replacement? Can you continue to carelessly drive your car with leaking struts?

The answers are “yes” and “no.” Fluid leakage does not always indicate shock or strut failure. In some cases, a small quantity of oil leaks may occur out of the shock or strut during everyday operation. This amount is totally acceptable. However, heavy oil leaks from your struts may indicate that your suspension components are worn out and need to be replaced immediately!

In this article, I will thoroughly discuss how to recognize if your leaking struts are worn out or not, the dangers of driving with a leaking strut, and the replacement cost itself. Without further ado, let’s get started!

Can You Drive With Leaking Struts?

In order to find out whether your shock or strut is worn out, the first thing you need to do is to check for oil leaks.

Defining Strut Leakage vs. Weepage: How Do You Diagnose a Leaking Strut?

Units 1 and 2 do not need a replacement since the oil they contain is only a sign of weeping. Replacements is inevitable for units 3 and 4.

Oftentimes, people get confused when their new shocks seem to be leaking oil or hydraulic fluid. However, this is hardly ever a real issue. This is not an instance of the strut leaking, but rather what is known as weepage.

When a small quantity of fluid escapes during regular use, this is known as weepage. It’s usually triggered by a surplus of fluid pouring out of the new strut after it’s been “filled up” during the manufacturing process.

Is It Unsafe to Drive With a Leaking Strut?

The answer to this question will be a simple “YES.” If you determine that your struts are actually leaking and worn-out, you should replace them immediately.

In addition to the obvious safety issue, a leaking strut will cause the car to bounce and shake, which is extremely dangerous!

How Long Can You Drive on Leaking Struts?

That is, before something else goes wrong. Keep a close watch on everything. Most old vehicles have never had their struts changed, making them harder on their tires, harsher to ride in, and causing the wheel to move more when bouncing back from irregularities on the road.

Of course, if the automobile is brand new or still under warranty, if it has leaked anything, it is clearly a faulty car and should be replaced immediately.

Can I Safely Drive It to the Dealership if One Rear Strut Is Leaking?

You should not be worried and there is no need for a tow truck to carry the automobile to the dealership. And a leak doesn’t indicate that the strut is not operating. Don’t go fast, just go slowly. Reduce highways and bumpy roads solely to prevent excessive stress on your struts.

If All the Fluid Leaks From Your Struts, Is the Car Unsafe to Drive or Just Uncomfortable?

The function of the oil in a strut is to serve as a “shock absorber,” which is a misnomer. As the automobile jumps up and down, the “shock absorber” dampens the spring vibrations. Without a damper, the spring will bounce until it has released all of the energy stored in it due to a bump or pothole. So, the car might bounce several times after a heavy hit to the tire.

Because a strut is normally found at the front of a vehicle, all of the bouncing may make steering very difficult.

It’s impossible for both of your tires to be in the air at the same time if you don’t have any oil in either of your struts.

To me, that is both inconvenient and highly hazardous for the driver and passengers. Don’t drive it! Instead, get it towed to a shop that can repair it NOW.

How Much Does It Cost to Replace the Leaking Struts?

The labor cost for replacing a leaking strut will be around $100 to $300 per unit.

The prices of the best quality aftermarket struts currently vary from $100 to $150 a piece. These prices vary from model to model. Considering the fact that you should replace them in pairs, the price range is between $200 and $300.

Considering the cost of mechanical labor, it will get a lot more expensive. However, you can always replace them on your own.

What Other Damage Can You Do if You Don’t Replace Your Leaking Struts on Time?

It’s highly likely that your tires may wear down in an unusual way as a result of this. The longer you put off fixing or replacing your leaky struts, the more your tires will wear down. We all know that tires are very expensive too.

Additionally, leaky struts may cause components like lower and upper ball joints to fail prematurely.

The most significant problem is that, without adequate suspension, several features of your automobile will change. It will be a considerably bumpier ride.

Personally, I would have them replaced right away. When something like struts malfunctions, the best course of action is typically not to see how long you can wait.

All in all, driving with leaking struts can be very dangerous and you should immediately seek a replacement and solution to your problem. Neglecting this issue may add up to the cost way more than you can imagine.

So, you should always pay attention to the struts of your vehicle. 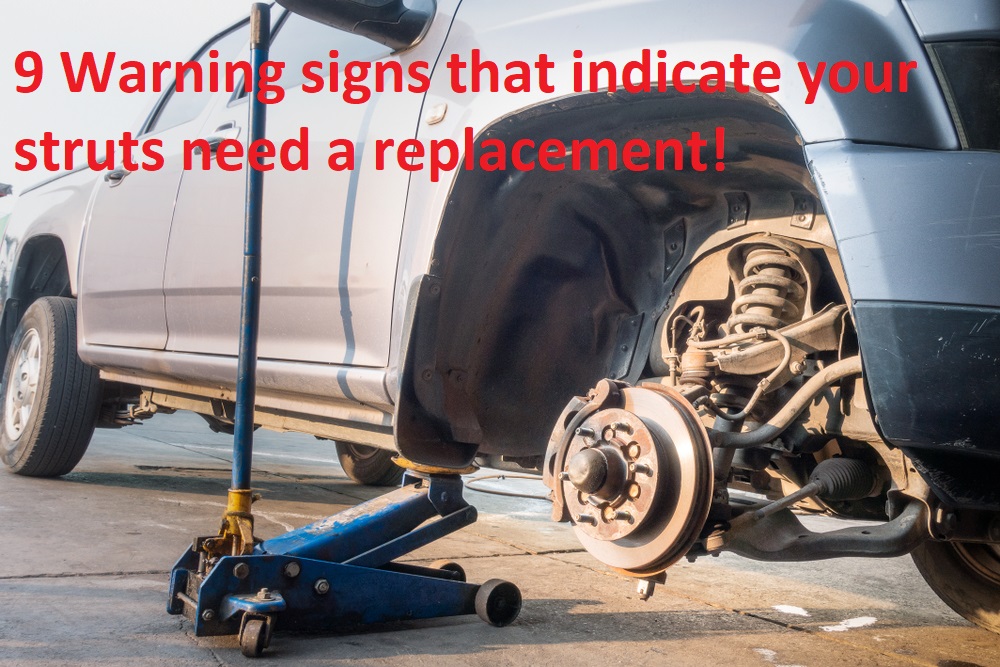 Safe and enjoyable ride is a thing that all car drivers want. This is not achievable if your struts are completely worn out! Let's find…